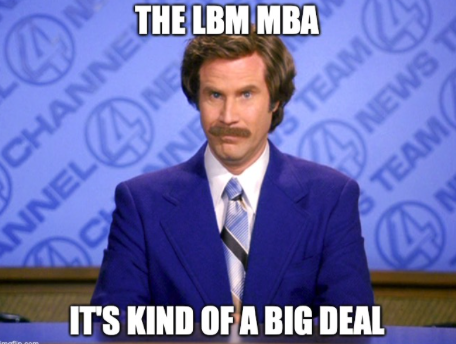 I’m in the back of my dad’s car, it’s the start of another hot summer.  By the age of ten, I started working summers at the lumberyard.  It was either that or idly sit at home on the farm we grew up on.  Farm or lumberyard….  There was only one option and no “none of the above”.

So, as we drove together on my first day of work, we [dad] made casual conversation. 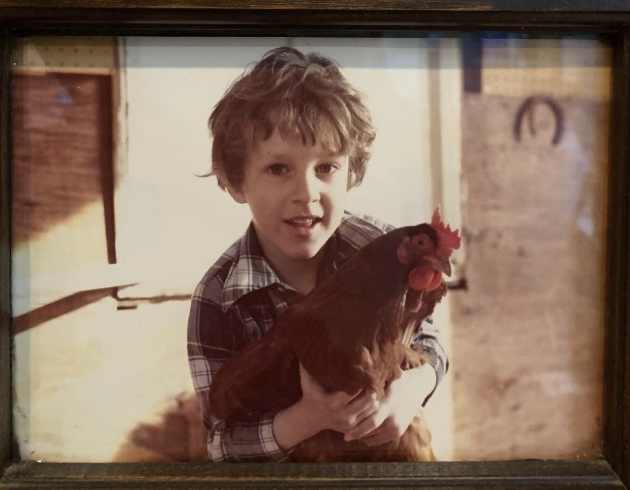 Me: [blank stare thru the passenger side rear window watching the NJ Commuter transit train stop at the Little Silver train station to pick up passengers heading towards NYC.]

As we sit waiting for the train to depart allowing us to cross the tracks, which seemed like days not even hours, or minutes…

“That was my air conditioning…. Get it?” He laughs it off.

I silently mouth the words “help me” to anyone on the train that might see me.  They don’t and the RR crossing guards elevate as the traffic light turns green.

As we crossed the tracks, we made a right hand turn into Builder’s General Supply Co. 15 Sycamore Ave., Little Silver, NJ.  A lumber yard started by my great grandfather in 1931.

The #1 and #2 Billboard hottest singles that year were by Prince, “When Doves Cry” and Tina Turner, “What’s Love Got to Do with It”.  Van Halen even named one of their albums “1984”! Quite a year, I guess.  But wait…

So let me show how some of the building industry has evolved over time as I have seen with my own eyes, more or less.

I grew up during a time when America’s favorite door and window littered houses all in the same neighborhood. A window combination assembly that included a 3046-2 mulled to a Circle Top often featured in an open aired 2nd floor foyer space.  And below, on the ground level, the Stanley K-6 door filled entry ways into homes all the way down the street. I still think the doorbell was invented as a way to distract your invited guests from such a cosmetically horrific way to enter your home.  The bell would glow in the dark, and even make a serenading chime sound when pushed that could put you into trance. 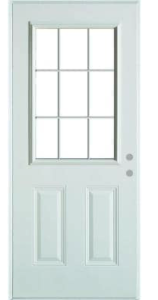 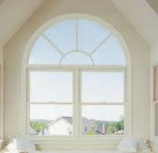 The Pink Panther was a spokesperson for an insulation company, anyone remember that? As cute as he was, insulation just makes you itch. 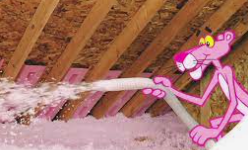 Decking was dominated by the southern yellow pine market.  And you had two choices: premium or knotty. Remember my two choices? Farm or lumberyard.

At present time, the decking market is flooded with a vast array of options in composite boards and railings. So many colors and hues have been used by deck manufacturers over the past years, you’d think Crayola would ask for a non-compete clause.

The only composite material that I knew about, when I was 18, was the Easton hockey stick (thanks to Wayne Gretzky). In 1988, the “Great One” was shipped from Edmonton, Alberta by the Oilers in a trade to the Los Angeles Kings. Like decking, at first you could only get hockey sticks in wood, but Easton invested in Gretzky and donned him with a shiny mirror like aluminum stick.  These sticks were doubted at first, but Gretzky would do what the Great One does, scoring goals from everywhere, and all with this new shiny stick.  The aluminum composite stick market would take off, as would the NHL across the sun belt of America with new franchises popping up in Arizona, Dallas, Nashville, and Florida.  Composite boards and sticks would soon replace many decks and sticks for the better.

And then came Weyerhaueser/Trus Joist’s brilliant marketing campaign for their performance enhancing “No Squeak” floor system, depicting a dramatic visual of a standing elephant. 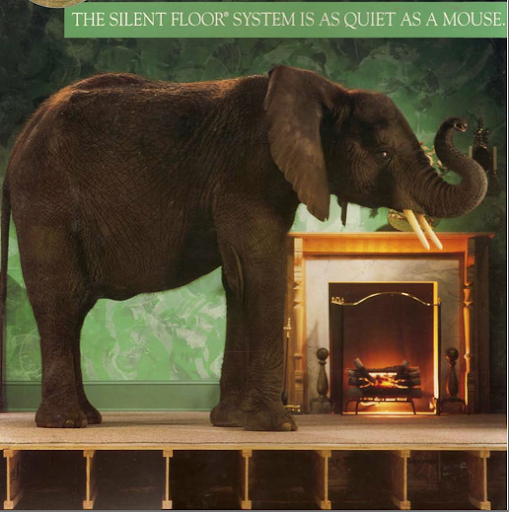 Some other things learned along the way…

In the old days… this was today’s version of texting. 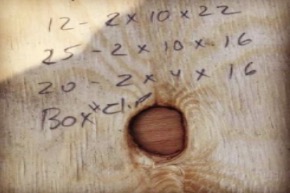 Soon to be replaced by pagers and facsimile.  Then blackberries. And currently, iPad, iPhone, droids, and servers.

How about that delivery?  Trucks with forklifts attached to the rear, or a boom-lift at the front?  Box Trucks with Lift Gates?  Imagine getting your first load of material for the 3,000 square foot house your building delivered by this…. 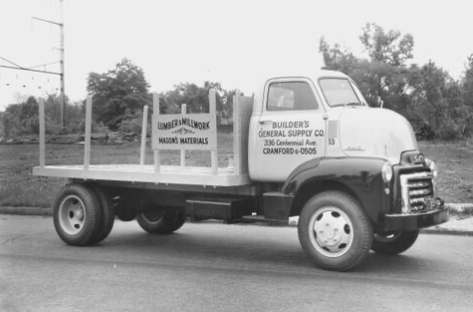 The Yellow Pages let your fingers do the walking preempting any marketing versions of social media, websites, or e-commerce.

So, did I earn my MBA in the LBM (Lumber & Building Materials) Industry?

Hell yea. And I saved myself some serious high interest college loans in the process that I’d probably being pay off with cryptocurrency!

And with that, I am shutting down my Mac Book Pro-Air laptop attached to two (2) TV monitors – one for email, the other – for any other schizophrenic app or program I need to jump into which is also located 2” away from my iPhone that is constantly pinging me texts and updates.  Wait now its ringing… who calls people anymore?  I identify the caller as my daughter.  The self-created avatar of herself shows me it is in fact her and not a spam call with an international number that leaves me a voicemail in Mandarin.  Honestly, who leaves voicemails anymore… in any language???

I took the call.  It was indeed my daughter.

Ayla: “Dad, can I buy some Roblox so I can add some stuff to my house?”

Me: “What stuff, and where is this house?”

Apparently, the LBM evolution continues…. kids are building homes with apps in metaverses??

Still, maybe I’ll check out that stock [RBLX] right after I get done opening some hand delivered snail mail. 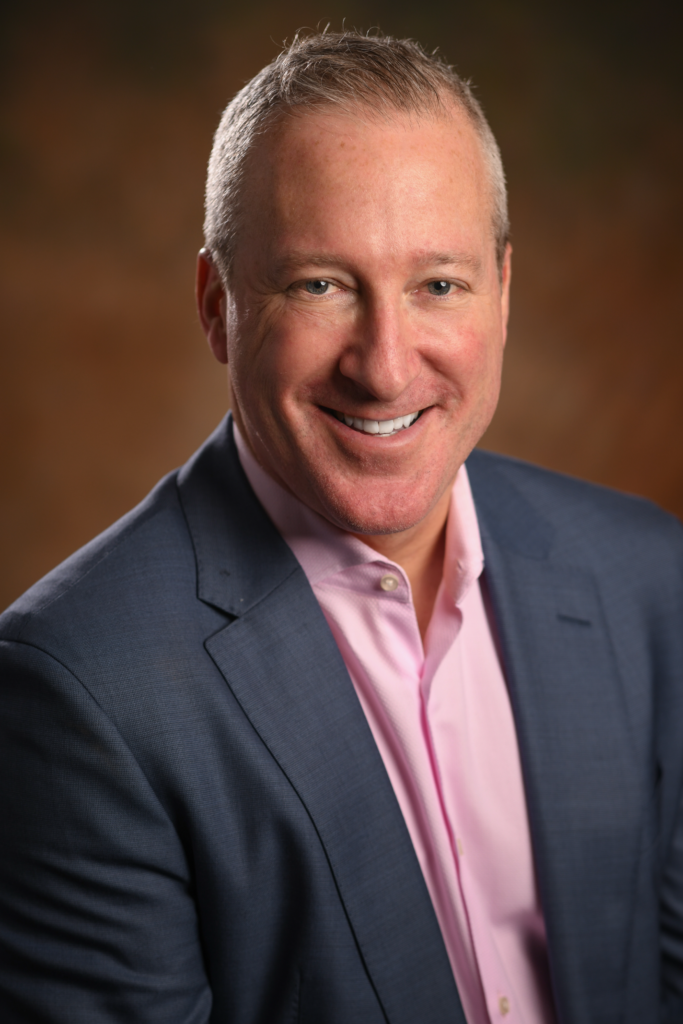